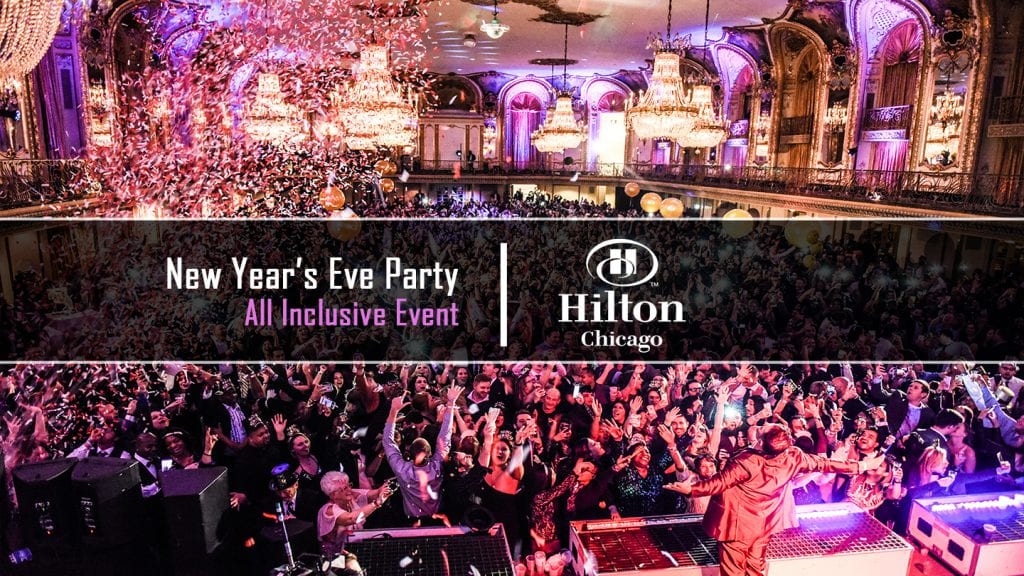 Music will be provided by:

At the age of ten, Julian recorded mixes on cassettes. Thirteen years later, he held four college DJ residencies and was crowned Red Bull Thre3Style U champion at the number one party school in the US; the University of Illinois. Agent J is a professional. His mastery over the energy and atmosphere allows him to create a memorable party at any venue or occasion. He has earned a record of consistently being a crowd favorite. On any given weekend, his open format style can be heard all over the city of Chicago including notable clubs such as Concrete Cowboy, Y Bar, Joy District, and others.

As a proud Chicagoan, DJ Rex has been seen entertaining all around the Chicago land area. Starting at the age of 12, DJing has always been part of his life and he has left his mark in the Mid-West with his crowd pleasing sets for 20 years. DJ Rex performs night after night with his distinctive blends in hip-hop, house, ’80s, 90’s, 00’s, top 40, and pop. Audiences everywhere will find themselves confined to his fascinating program. His ability to read, react, and adapt to crowds is something you have to come hear for yourself.

DJ Rex knows what it takes to ‘Rock a Crowd’. It’s a skill you need to be a successful entertainment DJ. The DJ has the ability to control whether you have a mere good time, or a night you will never forget. He strives to perform above anything you would expect. His goal is to leave all his customers remembering who the DJ was that night.

It all started in a college dorm room at the #1 party school in the USA, the University of Illinois at Urbana-Champaign. The young freshmen went from creating mixes for his friend’s pre-games to DJing all over the university. He quickly got booked at bars, frat parties, day parties, private events and even landed a contract with the university for school events. While there he opened for notable acts at the Canopy Club. DJ Noize moved to Chicago only one year ago and has already played at Joy District, Deuces and Diamond, Key Club, Estate Ultrabar, and many more. He understand how to show the crowd a good time through a diverse knowledge in music, a friendly face, and energy. It’s easy to see why his fans follow the Noize all over the city!

DJ Ephinz has mixing in the clubs for the past several years. Dj Ephinz is a new upcoming DJ from aurora Il, he has been playing for most of Chicago’s sub burbs bars and events!! His mix of house, moonbahton, dancehall, Reggaeton and today’s hottest hip hop tracks will have you dancing all night!!

Spydey is an open-format DJ based in Chicago, Illinois. He first started weaving eclectic sets for eclectic crowds at the University of Illinois at Urbana-Champaign as a student in 2010. After undergrad and law school, Spydey moved back up to Chicago. There, he continued to mix music from every genre, era, and bpm. No matter where he spins–Soundbar, Joy District, Flash Nightclub (formerly known as Maxbar), BabyAtlas and wherever else–Spydey brings the hype to each colorful dancefloor.

DJ Chris Mix is defined by one word: versatile. He is a perfectionist at his craft and can command any genre and decade of music. His DJ sets are eclectic, yet very modern while remaining pop focused and dance centric. Born and raised in Chicago, moving to the bright lights of New York City, around the world and back again, Chris has come back to his hometown playing at Chicago’s premier nightlife venues weekly and has a high profile client list spinning for high end fashion events!

DJ SubXero – The Coldest DJ In the Chi

If you could describe him a drink, you’d have to order something with southern laid back smoothness, western classic american flavor, eastern spirituality with a hint of northern privileged attitude. DJ subXero’s unique blend of life, creates his unique blend of style and sound. Carrying inspiration from the deep southern pockets surrounding Houston, TX with the windy city cool of a Chicago born and raised diehard househead, he started out djing in 2002 and has gone on to establish himself as a magnetic force in the second city. Carrying years of DJ affiliations with worldwide sound enthusiasts networks, he’s held residencies at top Chicago nightlife destinations, held guest DJ slots on Chicago FM stations and dj’d worldwide podcast broadcasts. Although he’s limited in availability these days as he travels the path from DJ to JD, his one night performances will leave you satisfied for the remaining 364 days.  Order up a subXero for NYE…ice cold. You won’t regret it.  DJ SubXero will be spinning live at the official NYE Pre Party!

DJ PM – Spinnin’ from AM to PM

Dj PM, representing Chicago, Los Angeles, & San Francisco has been spinnin’ parties and holding his ground since 2001.  His unique style & creativity of djing has attracted many across the country; opening in the likes for such acts as Jay Sean (Young Money Rec), Dj Flipside (B96/ Jump Smokers), Raghav (Ultra Rec), Fabulous (Def Jam Rec), Orisha Sound (Spectra Rec), and many more.  By crowd pleasers, his sets include original production and remixed mash-ups of House, Top 40, Hip-Hop, and a special 80’s & 90’s old school set.  Dj PM is currently residing in Los Angeles and is spinnin’ in venues, such as House of Blues Hollywood, Falcon Ultra Lounge Hollywood, & The Viper Room.  DJ PM will be spinning live at the official NYE Pre Party!

Naveen Kumar is one of the hottest DJ/Producers coming out of Chicago. His unique style of spinning attracts crowds from far and wide. Naveen is not a prisoner to any one genre and this can be seen in his live sets and productions. Naveen Kumar’s talents have been most credited for his production efforts. Producing tracks for artists such as Michael S., Na Palm, and Young General, he is turning his name into a household presence. His tracks have been signed to the prestigious PERFECTO RECORDS, ARMADA MUSIC, and ZOUK RECORDINGS. His music has been supported by TIESTO, PAUL OAKENFOLD, MARKUS SCHULZ, PETE TONG, GARETH EMERY, and countless others. His mashups have also been getting massive support from A-List Dj’s like Tiesto and Paul Oakenfold. As a DJ, Naveen Kumar has opened for some of the biggest acts in the industry, including Jay Sean, Asher Roth, Raghav, Imran Khan, RDB, and many more.  DJ Naveen Kumar will be spinning live at the official NYE Pre Party!

The latest generation of music has a longer lasting battery and more memory, churning out pop, rock, hip-hop, country, 80s, 90s & current hits to serve as the soundtrack to an epic dance party.  iPop has delighted tens of thousands of live music lovers in the Midwest over the past decade with their impressive transitions from one generation of music to the other, appealing to fans of all genres and all ages.

Sarah Perry is a Chicago-based comedian/writer whose fearless delivery and subject matter is highly relatable and resoundingly funny. Sarah has opened up for Natasha Leggero, Lynne Koplitz, Michael Kosta, Chris Redd, Big Jay Oakerson, Esther Povitsky, Melissa Villasenior and more. She recently performed in The Laughing Skull Comedy Festival in Atlanta, GA in May 2019 and in June 2019 she was named a semi-finalist for StandUp NBC. In November of 2019 she performed a TEDx Talk for her Alma Mater, Columbia College Chicago and in January 2020 she performed at Team Coco House in Chicago. In March 2021 Sarah was voted Best Stand-Up Comic by The Chicago Reader. That same month, she was featured on the virtual SXSW Festival. In July 2022 Sarah recorded a special with OFTV that will be released in November of this year.

Jon Silman is a stand up comic based in Chicago, IL. He’s performed across the country and internationally in Estonia, and he works regularly at Side Splitters Comedy Club, Snappers Grill & Comedy Club, Coconuts Comedy Club, and Spitfire Comedy House in Florida as well as Laugh Factory and Comedy Bar in Chicago. He’s worked with Gilbert Gottfried, Jim Bruer, Eddie Brill, Greg Fitzsimmons, J.F. Harris, Greg Hahn, Joe Machi, Tom Rhodes, Gallagher, and many others. He appeared live on 102.5 The Bone on the Cat Named Mo Show, as a paid extra in the movie Any Given Sunday with Al Pacino, and one time he saw Van Halen at an airport although it was the Sammy Hagar version. 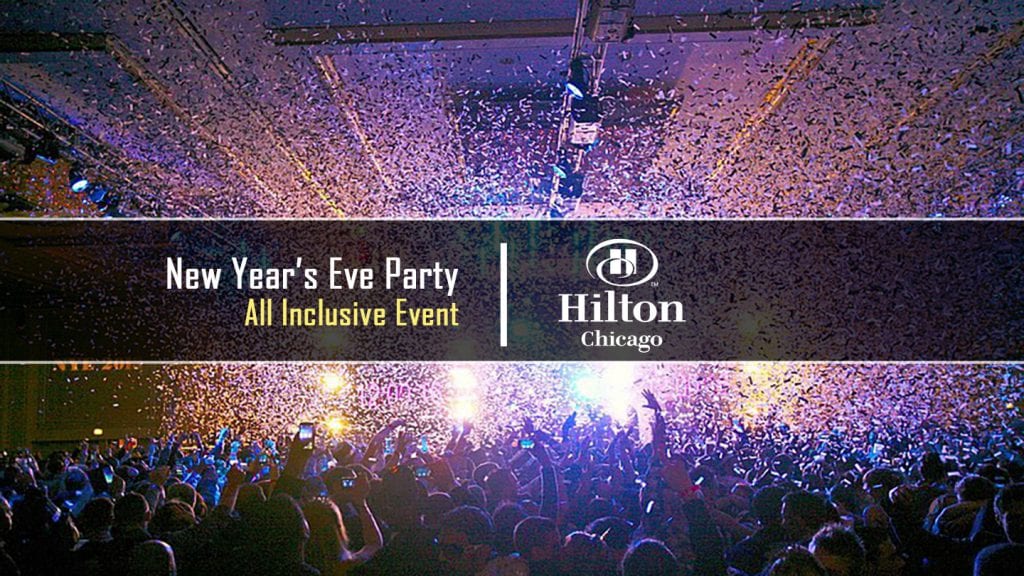 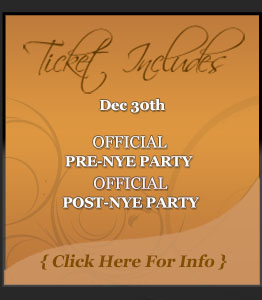